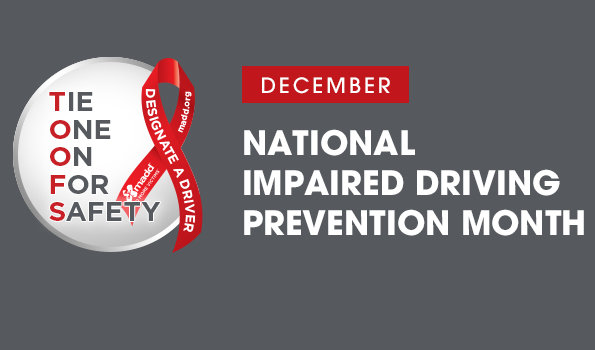 December is National Impaired Driving Prevention Month, a time to raise awareness of the consequences of driving under the influence of drugs or alcohol. In 2019, over 28 million US residents—11.2 percent of all residents ages 16 and up—drove under the influence of alcohol or illicit substances at least once.1 Among residents ages 18 to 25, 14.8 percent did so at least once that year. The consequences of this are severe. In 2018, there were 10,511 traffic fatalities due to alcohol-impaired driving, an average of 1 death every 50 minutes.2  It was estimated in 2010 that alcohol-involved fatal traffic incidents cause more than $44 billion in economic damage annually.3  Complete data for non-fatal alcohol-impaired traffic incidents, as well as fatal and non-fatal drug-involved traffic incidents are not available. However, they are likely to be considerable as well due to the high rates of impaired driving overall.

Fortunately, the percent of all traffic fatalities that involve alcohol has declined from 41 percent in 1985 to 29 percent in 2018. And there are many potential opportunities for prevention professionals to address the issue of impaired driving and further reduce incidence rates. This includes continued underage alcohol prevention programming, due to the high incidence rate of impaired driving among younger people. Prevention professionals should also consider impaired driving-specific campaigns focused on responsible driving behavior. The National Highway Traffic Safety Administration offers community materials for numerous types impaired driving prevention education and awareness campaigns. The Substance Abuse and Mental Health Services Administration has created a guide for parents to talk with their children about impaired driving. Prevention training and technical assistance on these and other topics is available through the Central East Prevention Technology Transfer Center.