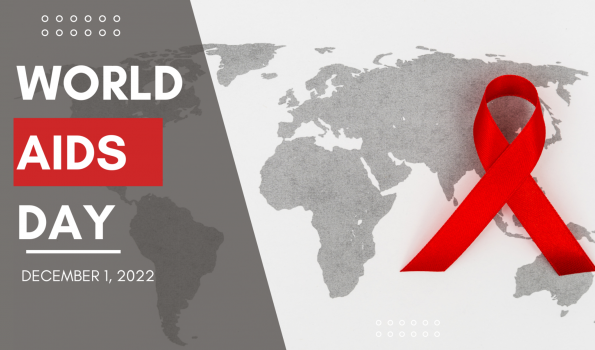 Established in 1988, the World Health Organization (WHO) declared the first day of December as World Aids day. In response to the rising epidemic, this global day was founded to commemorate unity in the fight against HIV, show continuous support for those living with HIV, and to remember those who have died from the illness.2 World Aids Day reminds the public and government that HIV has not gone away despite significant improvements. It is still vital to be able to raise money for the fight towards equitable access and education on the disease.2 This year, the Joint United Nations Programme on HIV/AIDS (UNAIDS) has promoted the use of the word “Equalize” to commemorate the fight against HIV/AIDS. This slogan is identified as a call to action towards practical actions to address inequalities to help end AIDS.3 According to UNAIDS, this includes: increasing the availability and quality of services for HIV treatment, testing and prevention; reforming laws, policies and practices to tackle the stigma and exclusion faced by individuals and marginalized populations living with HIV; and ensuring that there is a sharing of technology for equitable access to HIV science between communities in both the global south and north.4

According to HIV.gov, although HIV/AIDS impacts everyone regardless of sexual orientation, race, ethnicity, gender, age, or where they live, there are still disproportionate rates of infections with the United States according to race.4 Some reasons for disparities include factors such as income, education, discrimination and stigma. For example, in 2019, approximately 40.3% of Black/African American individuals had HIV despite making up only 13% of the United States population. Additionally, in 2019 approximately 25% of Hispanic/Latino individuals had HIV/AIDS despite only making up 18.5% of the United States population.3 This disproportionate impact is evidence that prevention and treatment for this disease may not adequately reach communities that need it the most. Thus, this should encourage prevention professionals to utilize strategies such as cultural humility to shape programs and interventions that may best reach these populations.